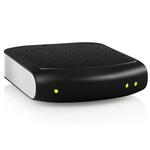 $195.00 Inc. GST and shipping
Retired
Log in to set up a
stock notification.
Categories
HTPC

This is a retired product and is no longer available. We do have these alternative products:

Transform any computer into a home entertainment system with the HDHomeRun! Now you can Watch, Pause, and Record Digital and HDTV with multiple tuners from any computer on your home network. Works with Linux, Windows and Mac.